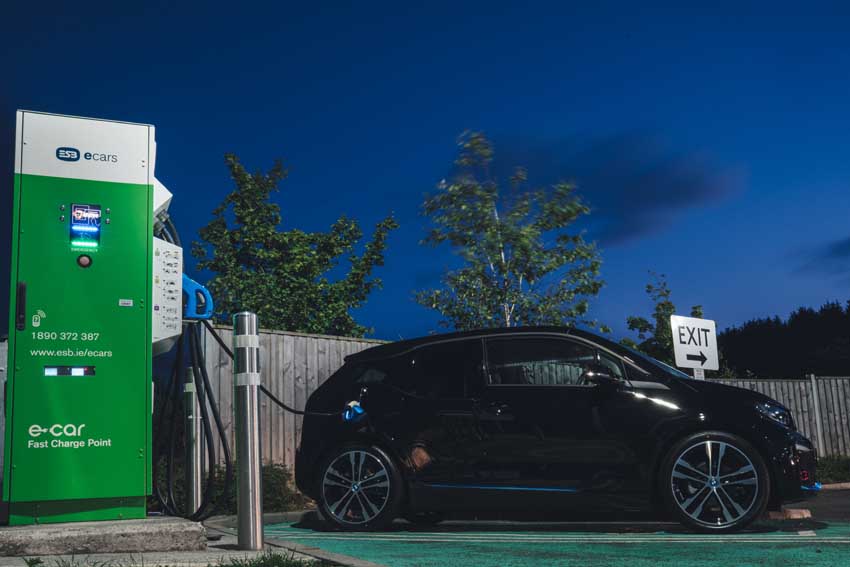 The Government’s ambition for one million evs might be more spin than substance, but the next decade will bring change, writes Geraldine Herbert

The sale of new petrol and diesel cars is to be banned in 2030. This is just one of the measures included in the proposed Climate Action Bill that aims to drastically reduce emissions.

The new legislation will not only enshrine the end date for the sale of new petrol and diesel cars, but it also includes a provision to stop the granting of NCTs on all non-zero emission cars from 2045.

If passed, the new laws are aimed at accelerating the transition to electric vehicles, but with EVs currently accounting for less than 3% of new car sales, the switch will mean profound changes, and gives rise to a host of questions.

Many are sceptical that the Government’s target of electrification can be achieved and it has been criticised as unworkable.

It is likely that the EU will stall any plans to phase out our fossil-fuel cars. Denmark proposed to do the same last year but was blocked by the EU. A change in EU law would be required for the Irish government to pass any legislation banning the sale of new petrol and diesel cars by 2030.

A spokesperson for the Department of Communications, Climate Action and Environment said: “It will be necessary to engage with the European Commission as we frame the provision for Ireland’s Climate Bill to ensure that it will be compatible with the evolving EU legal framework.”

Given the car industry’s considerable influence on EU deliberations, a Europe-wide ban would seem unlikely in the short term.

One million Evs is wildly ambitious

The Society of the Irish Motor Industry (SIMI) has expressed concern and argues that supplying one million EVs within 10 years is impossible owing to the inability of carmakers to produce that many vehicles. Within the Irish motor industry, there are complaints about the lack of consultation, the risk of undermining the market for new cars and the impact such a ban might have on used-car values.

There is no doubt the figure is wildly ambitious and, while it is difficult to make projections for the EV fleet size by 2030 with an average of 126,000 new cars sold each year, the target of 840,000 electric passenger cars is a significant slice of the 1.2 million that could potentially be sold over the decade.

Many will recall the overly optimistic and unfulfilled EV projections made by the Government for 2020.

The Government’s ambitions, for now, are likely to be thwarted by the high prices of EVs, the lack of availability, unreliable supporting infrastructure and the lack of choice.

With an unclear pathway to achieving this goal, a more realistic approach might have been to set a target in terms of a percentage of new car sales, for example 15% of new cars sold to be electric by 2022, rising to 30% by 2025.

The government cannot dictate the pace of change

In reality, the Government cannot dictate the pace of change. Most car manufacturers envisage a reliance on fossil fuels for many years and are working toward a much later deadline for the phase-out than 2030.

However, stringent EU regulations from next year will compel carmakers to develop environmentally-friendly modes of transport. From 2021, the fleet average that all new cars must meet is 95g of CO2 per km. For every gram of CO2 that carmakers are above that limit, the fine will be the number of grams over the limit multiplied by the number of cars they registered in the EU the previous year.

Despite potentially crippling fines, carmakers have been slow to take this deadline seriously. These targets were agreed as far back as 2008, but then the overriding belief was that diesel would provide the solution.

The dieselgate scandal of 2015, concerns over the impact of NOx emissions on health in urban areas and the proposed diesel bans and restrictions across Europe have left them with little option now but to electrify.

In response, carmakers across Europe are frantically adding pure EVs, plug-in and mild hybrids to their fleet. The next 12 to 24 months will see a doubling and tripling of new electric cars, leading to more choice for new buyers. The Volkswagen group plans to produce one million electric cars by 2023 and eight new electric and hybrid cars are scheduled to launch this year.

But the tipping point will be when the price of an electric car is on a par with its internal combustion engine counterparts. Analysts predict that this is likely to happen in the next three to four years. When buyers can walk into a dealership and an electric, petrol and diesel model costs the same price, given how cheap EVs are to run, it will not make financial sense for most people to buy a petrol or diesel car.

In Norway, where parity already exists owing to extensive supports, 60% of new cars bought are electric. This will also mean the end of purchase subsidies and grants that currently exist to bridge the cost gap between EVs and fossil-fuelled cars.

The future depreciation on petrol and, in particular, diesel cars will be significantly impacted by Government policy in the coming years. It is likely that both will become more expensive to own and run, so electric and hybrid cars are likely to be more resistant to losing value in the long term.

The motoring landscape of 2030

So what will the motoring landscape of 2030 look like? The Government target may be wildly ambitious but there is also a flaw in the analysis, as the figure of just under one million cars is based on current car-buying habits. Is it likely a decade from now that we will buy cars in the same numbers we do today?

Car ownership is under threat from climate change activists, health concerns around air pollution and even technology. There is also a small but growing number of cities aiming to create car-free centres and prioritise other modes of transit.

Over the next decade the way we produce food and what we eat, where and how we go on holiday and how we get around is all going to matter. ‘Flygskam’, the Swedish concept meaning “flight-shaming”, is gathering momentum and travellers face increasing pressure to swap planes for trains.

Meat may not be off the menu yet, but even McDonald’s is now offering a plant-based burger, not because it has woken up to the fact that there are vegans but because meat eaters are opting for sustainable options.

The tone of this eco-awareness will intensify over the next 10 years and growing concern over the climate is likely to extend to all areas, including two-car households. Will the second car on a driveway become a luxury too far? In addition, by the end of the decade increased automation and electrification will transform the car industry.

The year 2030 is not far away but over the decade electric car sales will grow exponentially and sales of alternatively fuelled cars may even outstrip those of petrol or diesel. The real switch is likely to be to alternative forms of transport.

Climate shaming, investment in public transport and dedicated walking and cycling infrastructure, along with a growth in car-sharing and ride-hailing services, may see car ownership decline.

People will move out of cars when there is a viable and attractive alternative. Recent figures from the National Transport Authority show that the largest ever increase in public transport usage was recorded in 2019 with a 9pc rise in journeys.

Attitudes to public transport will vary according to availability, but it won’t simply be confined to urban areas, as apps that manage real-time demand for transport could be available for people living in rural areas.

The Government’s target of one million EVs on our roads by 2030 may be unattainable and its plans to ban the sale of new fossil-fuel cars unworkable but ambitious climate action goals are necessary, as Ireland is one of the EU’s worst carbon emission offenders.

With an election looming, each party knows only too well that there are votes to be harvested from taking green issues seriously. Fundamental change is coming over the next decade, not because of politicians but because people want something to be done and that requires leadership, not spin and photo-ops.

A version of this article, by the author, was first published in the Sunday Independent on January 12th

How realistic is one million electric cars by 2030?

What to Expect from EVs