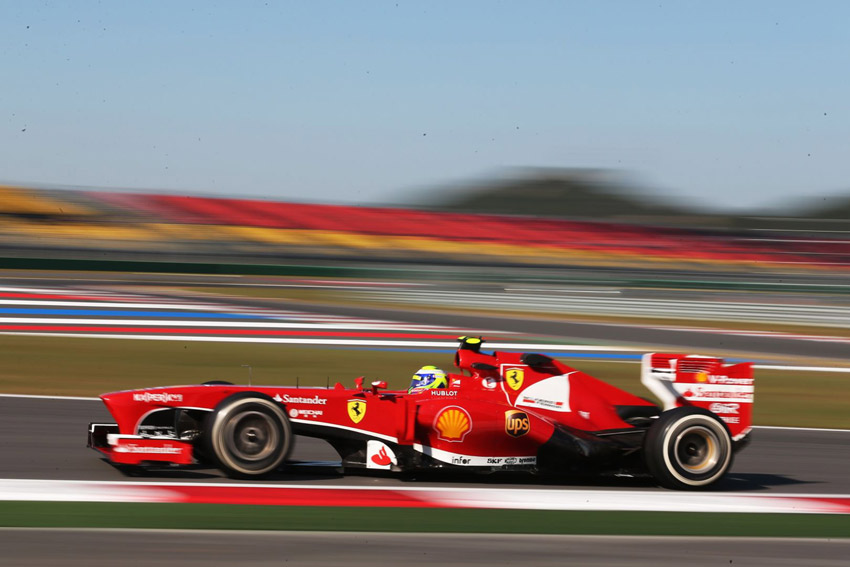 What is it all about?

Race Weekend?
A race weekend consists of three practice sessions, qualifying and the race itself.

Qualifying on Saturday?
• A frantic one-hour Qualifying session takes place on the Saturday afternoon before each Grand Prix – this determines the starting grid for the following day’s Grand Prix with the fastest cars at the front.

For 2016  qualifying has been changed and while it will be still be split into three sessions, it will now follow an elimination style format to mix things up and to ensure constant running

• In the case of an accident or poor track conditions a race may be red-flagged, if this happens the total duration of the race including the time lost due to the flagging cannot exceed four hours. In less dramatic circumstances the official may choose to deploy a pace ‘Safety Car’ to control speeds for a period of the race. This year sees the introduction of the virtual safety car.

• Teams are allowed to stop as many times as they want during a race for tyres and fuel.

Winner and Points
• At the season’s end they put all their points together and the team with the most takes the overall Championship.

Tyres
• For 2016  Pirelli will now nominate three dry compounds rather than two for race weekends. The Italian firm will allocate two sets of tyres for the race (only one of which must be used) and one set of the softest nominated tyre compound that can only be used in Q3. Each driver will then be able to choose 10 further sets from the three compounds to take their weekend allocation to 13